The Floating Spa at Monkey Island Estate in England

To some, the words “floating spa” may conjure images of expansive facilities aboard commercial cruise ships. However, this Floating Spa—a traditional canal barge moored off a seven-acre, private island near London on the River Thames—looks nothing like that. The boat forms part of the historic Monkey Island Estate, named for the monks who settled there in 1197.

In the early 18th century, the Duke of Marlborough purchased land to build an angling retreat, which morphed into a riverside inn that attracted royalty, actors, poets and authors. After another golden era from the 1960s to 1980s, Monkey Island fell into decline. But in 2015, YTL Hotels took over and its Spa Village subsidiary custom-built the wooden vessel, and Champalimaud Design restored the 47 guest rooms. In spring 2019, The Floating Spa made its debut.

Wellness experiences begin in the Wheelhouse, where spa guests are welcomed with a rosemary sage elixir, and then guided to one of three treatment cabins. Facials and massages—inspired by water or based on indigenous ingredients—showcase niche brands Moss of the Isles, ISUN and Haeckels. Following treatments, clients can sip tinctures made from estate-grown herbs at the Remedy Bar.

Spa consultant Melissa Mettler, who was responsible for the boat’s concept, design, menu development and launch, describes the current clientele as a mix of overnight guests and nearby residents. “We quickly established a high return rate of local clientele,” she notes, crediting stellar therapists and attractive pricing.

Even with the spa’s unique concept, marketing has also been key to attracting business. PR campaigns have helped secure coverage in publications including Condé Nast Traveler, which designated Monkey Island Estate one of 2019’s “Best New Boutique Spa Hotels.” Mettler says the “spa on a boat” identity also proves fruitful on social media, but emphasizes the importance of customer service above anything else. To that end, she goes so far as to liken the spa experience to the human body: “The bones are the foundation, with no compromise—everything the guest encounters must be spot-on, including impeccable facilities. The muscles are the program—our concept, our spa menu. The breath is where the magic happens—the stories, the human interaction, the touch points that resonate with the guest’s heart. If the staff understands and delivers the bones and muscle, it leaves space to empower our visitors to explore the ‘breath’ aspect of the journey. That’s what makes for memorable experiences.”

A limited but thoughtful menu includes The Monks’ Elixir (90 min./$138). This service begins with a tasting of three small cocktails steeped in medicinal herbs. Next, the therapist performs a revitalizing, full-body massage using lymphatic rolling techniques. Paying homage to the island’s former inhabitants, the service incorporates centuries-old rituals and traditions. Examples include smoke smudging, which features sage from a monastery in the Pyrenees, and anointing using house-cured oil infused with arnica, angelica, lemon balm and frankincense. Meanwhile, warm herbal packs serve to relieve stiffness and improve mobility in the joints.

The Floating Massage (60 min./$110; 90 min./$138) is performed on an aqua-cushion bed designed to cradle and support the body, enabling muscles and tendons to be manipulated from various angles. The therapist employs rhythmic movements to ease tension and deeply relax the guest, while pain-relieving arnica, ginger and rosemary essential oils help facilitate the release response. Ultimately, the service “captures that soothing and peaceful feeling of being on the water,” says Mettler. “It’s like a beautiful dance.”

[Photos courtesy of The Floating Spa]

This story first appeared in the May 2020 issue of DAYSPA Magazine. To receive the magazine, subscribe here. 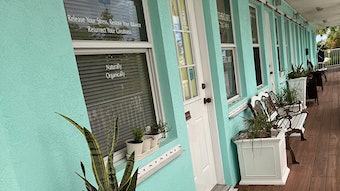 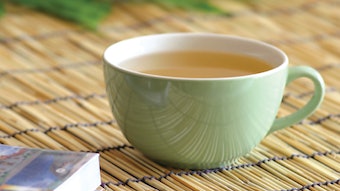 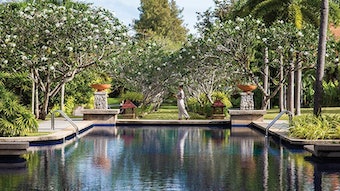 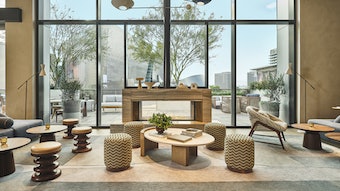 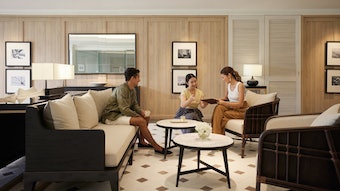 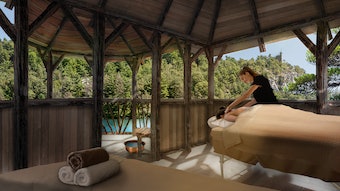 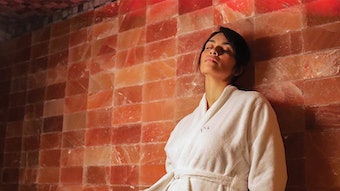 WellSpa 360 spoke to Magdaleena Nikolov, general manager of spa, wellness, and retail at Fairmont Spa Century Plaza, to learn all about the recent renovations to the luxury spa.
Jun 16th, 2022 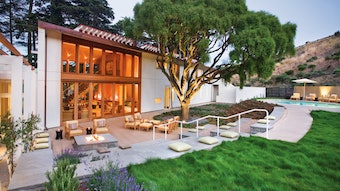 An in-person visit to the Cavallo Point Healing Arts Center & Spa, an 11,000-square-foot sanctuary that offers signature massages and facials, as well as an array of cultural healing practices from around the world.
Jun 14th, 2022 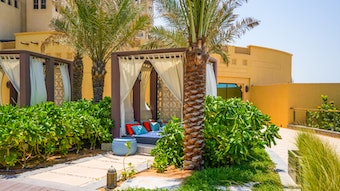 These seven unusual spa retreats across the world are popular with some of our favorite celebrities.
Jun 9th, 2022 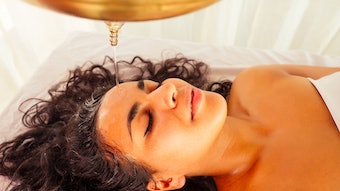 Kohler Waters Spa has expanded its wellness offerings with hydrotherapy treatments that tap into Ayurveda.
May 27th, 2022 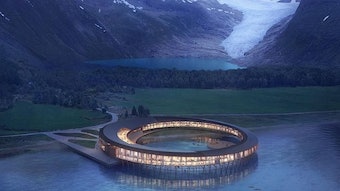 Soon-to-open Six Senses Svart is an off-the-grid wellness destination in Norway that features sustainable and energy-efficient treatments and amenities.
May 19th, 2022
Follow Us
Most Recent