According to spa manager Whitney Tabor, the resort’s wellness facilities didn’t undergo a mere renovation, but rather “a total rebirth. 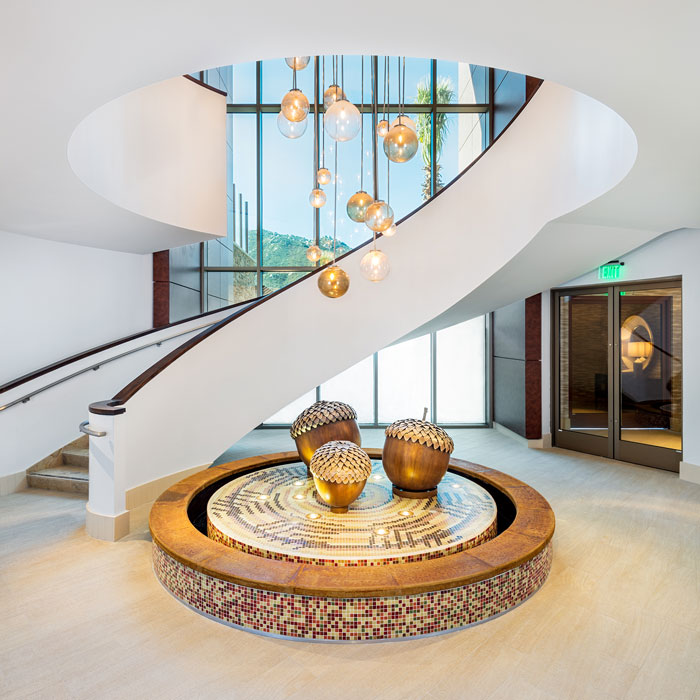 When it comes to relaxing getaways in Southern California, there’s no shortage of stunning places to stay, from trendy boutique hotels to sprawling beachside estates. Approximately 90 miles southeast of Los Angeles, Pechanga Resort Casino in Temecula might not immediately spring to mind, but this freshly spruced- up property is more than earning its spot on the map.

When recently invited to see the revamp’s results for myself, I encountered a first-class retreat that was nothing like the Vegas-level bombardment of the senses I had envisioned. Although Pechanga does claim to be the largest resort casino on the West Coast—and one of the biggest in the country, with a whopping 200,000 square feet of gaming space—it’s also entirely possible to spend a weekend without setting foot on the gambling floor. Before my first day was even over, I was already planning my return.

Getting in the Game

Owned and operated by the Temecula-based Pechanga Band of Luiseño Indians, the property opened its first gaming facility in 1995. Over the ensuing two decades, it expanded to incorporate a hotel, spa and golf course—and in March 2018, the resort completed a two-year, $300 million renovation that yielded a slew of additions, including a tower boasting 568 rooms and suites; the 25,000-square- foot stand-alone spa; a splashy 4.5-acre complex with three pools, two waterslides, a restaurant and a swim-up bar; and two new restaurants, bringing the total to 20. (For corporate guests, there’s also an extra 67,000 square feet of event space.)

My suite felt like its own private hideaway, featuring a separate sitting room, upscale artwork, a soothing neutral palette and a marble bathroom stocked with Molton Brown toiletries. I didn’t linger long, however, as the rest of the resort beckoned—and I was happy to answer its call.

According to spa manager Whitney Tabor, the resort’s wellness facilities didn’t undergo a mere renovation, but rather “a total rebirth.” That might sound exaggerated, but it’s hard not to be impressed the moment you set foot inside the two-story building, designed by Klai Juba Wald Interiors. A striking chandelier dangles over the reception desk; to the left is a boutique area with a well-curated selection of skin and body products, jewelry and apparel; and to the right are a fitness center and separate room for yoga and meditation classes, along with wellness consultations and training sessions.

The Pechanga people remain front and center of the spa’s new incarnation. The dazzling light fixture is a collection of seashells honoring the tribe’s history of traveling to the ocean to collect shells, fish and other resources, and large acorn-shaped baskets— replicas of those crafted and used by the tribe for centuries—adorn the halls and relaxation areas. Another central point is a beautiful acorn fountain that pays homage to the reservation’s revered 2,000-year-old Great Oak Tree. “Everything has been intentionally and thoughtfully designed to reflect our unique past,” explains Tabor. Signature therapies reinforce this reverence, and include the Acorn and Walnut Renewal (80 min./$190-$210), named for the ingredients in the body ritual’s skin-smoothing scrub, and the Chia Firming Therapy (50 min./$150-$170), showcasing a bevy of omega- rich benefits.

Not surprisingly, the resort and spa attract a highly skilled staff. “We recruit, train and retain the best of the best,” says Tabor. “Many of our team members have worked in prestigious resorts around the world. The Pechanga tribe has a long history of struggle, hard work and overcoming challenges. As such, it makes tremendous effort to look after its own—which includes every employee, from line-level to management.”

The spa’s marketing strategy is multifaceted, notes Tabor. “We’re active in social and local media, and our service providers are often invited to appear on news programs, offering insight on beauty and fitness,” she says. To attract on-site guests wrapped up in the resort’s other offerings, there’s an in-room TV channel dedicated to the spa, which broadcasts information and highlights specials.

For my service, I was treated to the signature Great Oak Purification (110 min./$260-$280). To start, therapist Stephanie asked me to inhale the Tree of Life oil, one of several blends created exclusively for Pechanga by Body Bliss. Then came an invigorating dry brush exfoliation, followed by a warm sage- and lavender-infused clay wrap, and a head massage with jojoba oil and chia seed extract. After showering off the clay, I received a full-body Himalayan salt stone massage using native white sage oil. Not only did I feel deeply restored, but I was impressed by Stephanie’s knowledge of the qualities and powers of different herbs.

To conclude my ritual, I was served antioxidant-rich rosehip tea, a specialty I enjoyed in the lovely coed lounge upstairs, where freshly cut fruit was displayed next to china plates—yet another example of the spa’s exquisite attention to detail. I could have spent hours in the lovely, light-filled space, but that would have meant missing the opportunity to relax on the balcony, with its panoramic views of the 27-hole championship golf course; soak up the wet facilities (steam rooms, dry saunas and whirlpools); and chill in the cabanas by the wellness patio’s private pool. I spent some time in each area before retiring to my room, emerging only for dinner and a wine tasting. Despite a floor plan as vast as its facilities, Pechanga allowed me to find my own little corner of peace—and the best night’s sleep I’d had in months.

Standing nearly 100 feet tall above ground, and with a circumference of over 20 feet, the Great Oak is thought to be the largest naturally grown indigenous coast live oak (Quercus agrifolia) in the Western U.S. It’s also one of the region’s oldest living oaks.

Part of the tree’s significance lies in the fact that every two to three years, it still produces the acorns that helped sustain native Californians for thousands of years before the arrival of the Europeans. As such, it has come to embody the identity and character of the Pechanga Band: strength, wisdom, longevity and determination.

Glow Up Your Practice with the Venus Glow™ Facial

7 Luxury Spa Openings Around the World 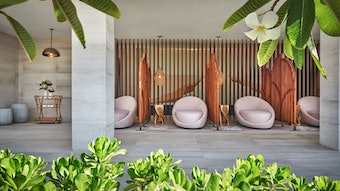 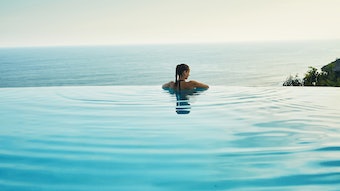 With restrictions lifting, many spas and resorts are launching new wellness and treatment offerings.
Jul 30th, 2021 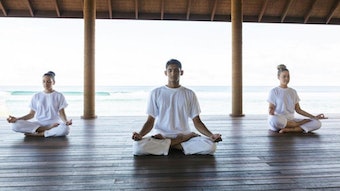 Naturopaths Are The Newest Hotel Amenity

The pandemic has led many people to re-evaluate their well-being and health, and naturopaths working at hotels and resorts around the world are helping guests do just that.
Jul 28th, 2021 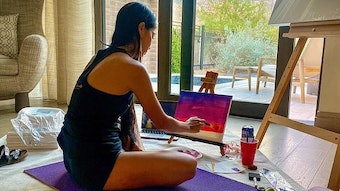 For your inspiration: Miraval Resorts has created wellness programs that use the arts to help guests accomplish their goals.
Jul 27th, 2021 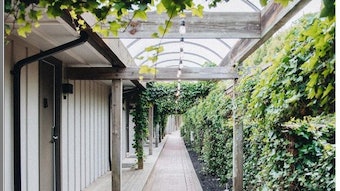 TLEE Spas has introduced programming that helps people reconnect with Mother Nature at two of its spa properties.
Jul 23rd, 2021 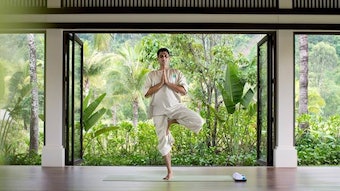 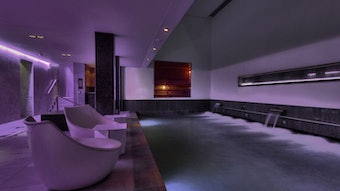 These spas go beyond a facial and offer unique treatments.
Jul 19th, 2021 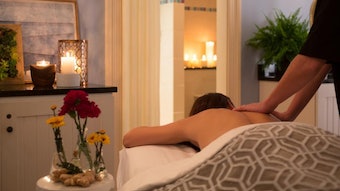 Check out the new spa treatments and more from The Lodge at Woodloch, in celebration of its 15-year anniversary.
Jul 9th, 2021 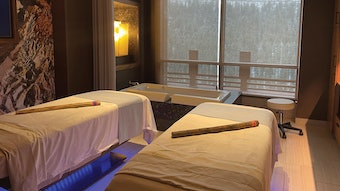 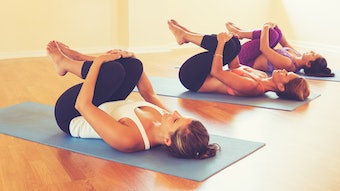 How One Property Fuses Holistic and Clinical Wellness

BIÂN, a Chicago based wellness center, has formed a members-only club that takes the concept of living well to the next level.
Jul 2nd, 2021 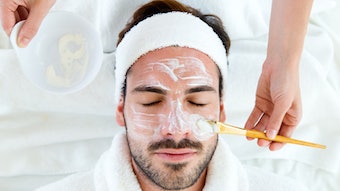 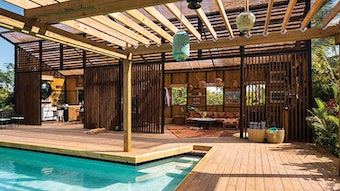 See what business techniques and services this spa adopted to become an ayurvedic retreat.
Jun 7th, 2021
Follow Us
Most Recent

Glow Up Your Practice with the Venus Glow™ Facial