Africa A journalist’s trip to Nairobi uncovers a five-star hotel and spa with a heart of gold.

If the term “social enterprise” calls to mind a shoestring budget and stressed-out staff, you might be pleasantly surprised to learn about what’s happening in Nairobi, Kenya. In a posh section of town near the Jomo Kenyatta International Airport, I found a social enterprise unlike any other in the world.

Five-star hotel The Boma and its Zoezi Health Club & Spa (theboma.co.ke) are members of a unique partnership with the Red Cross Kenya. So, while spa guests receive clay wraps and participate in Afro-dance classes, the net profits from The Boma and its two sister properties—Boma Inn Nairobi and Boma Inn Eldoret— benefit Kenya’s branch of the global Red Cross organization. This teamwork lends a social mission to self-care. The Boma hotel’s sales manager, Bernard Itebete, explains that Kenya’s Red Cross dreamed up the union while hunting for a long-term financial strategy. “The Red Cross is looking for a sustainable funding vehicle for its activities,” Itebete says. “Donor funding is dwindling and not so reliable. So this is one way in which [the organization] is looking to ensure it has some sustainability.”

The collaboration was formed in 2008 when the Kenya Red Cross Society created a limited liability corporation and opened the Red Court Hotel in Nairobi. The profits from the hotel and its conference facilities funded the Red Cross’ humanitarian work. Buoyed by the success of the model, the charitable group opened the The Boma hotel and its Zoezi Spa in 2012. In 2013, the humanitarian group opened another Boma in Eldoret, a town famous for being the home of many long-distance runners.

Luxury With a Conscience

Despite what you might think, this business’s good-cause mission doesn’t translate to any skimping of amenities. The Boma hotel and Zoezi Spa run a robot lawnmower, invite guests to relax outdoors underneath a crystal chandelier and operate a pool that’s surrounded by glorious underground windows. Spa clients enter the facility by ascending open-air stairs that lead from the hotel’s beautiful, glass- and light-filled lobby. With urban Nairobi as the backdrop, they pass outdoor waterscapes and lounge areas before they reach the spa’s gracious front-desk hosts and plush lounge chairs.

The nearby gym is naturally lit via a bank of windows that are perfect for gazing over the hustle and bustle of a gray winter day in the city. All of the Life Fitness equipment is new and immaculate, and a dense staff of janitors quietly weaves throughout the property, maintaining the pristine surfaces. Above the gym, large, graffiti-style murals flank the walls, lending an artistic and edgy balance to the polish characterizing the rest of the spa.

Zoezi is labyrinthine, low-lit and hushed. A winding hallway leads past plush reclining benches, water stations and myriad closed doors, where a tantalizing array of treatments awaits, from the essential, such as facials, waxing and mani/pedis, to the divine, such as the Exotic Coconut Rub and Milk Ritual Wrap (45 min./3k KSh), Chakra Balancing massage (60 min./4.5k KSh) and Pro-Collagen Quartz Lift facial (75 min./7k KSh). Predictably, health club manager Agnes Evans reports that Swedish massage (45 min./3k KSh) is the most popular service among her sporty clientele. Evans’ personal favorite, however, is the Zoezi Elexir package (150 min./7k KSh), which consists of a tonifying body scrub, wrap and massage. Clients may also add on a hydrotherapy option, such as a Vichy shower (30 min./1.5k KSh).

Given the spa’s philanthropic mission, I’d assumed that Zoezi’s clients would guiltlessly savor the whole menu, knowing they’re contributing to a good cause. But according to sales manager Itebete, the guests still need to “get used to the concept of taking time out and going to a spa just for relaxation. Some people can’t understand why you would do that.”

Management is working to grow awareness of the value of the spa’s relaxation treatments, and The Boma’s beautiful gym is proving an effective conduit to Zoezi (which is, in fact, the Swahili word for “exercise”). About 70% of Zoezi’s clientele is drawn from the corporate executives who live in the area, and that proximity is ripe for luring local businesspeople to join the gym. (The Kenyan public’s growing awareness of the importance of fitness also helps pave the way.) The gym’s 350 regular members tend to be upper-income, well-educated locals who take classes such as karate, Zumba, Afro-dance and aerobics.

Once Itebete and his team get clients in the door, staff members get to work to promote the spa’s less-frequently-sought treatments. As Evans explains, “The therapists are supposed to know how to upsell. Clients might ask for a pedicure, and the therapist might say to them, ‘Why don’t you also do a massage?’ ” She also reports that her guests seem grateful to be educated about services with which they aren’t familiar.

Itebete, who only joined The Boma hotel team earlier this year after stints at the local Hilton and the Sarova, aims to increase awareness of the hotel’s menu and mission through advertising. Part of his mission for shaking up the group’s publicity involves utilizing more Web-based platforms.

“In terms of advertising, there has been little in the press,” Itebete said. “I’m trying to focus a lot more on social media, even using the sales team to market our facilities here through their business contacts. [The press so far] has focused on the corporate side, not on the facilities.” In addition to emphasizing concepts such as “spoiling oneself” and “getting away from the rush,” Itebete also cites the marketing strategy of “treating a loved one—especially moms and sisters.” He’s also aware of the growth potential in the wedding market, especially since the hotel hosts such events on the premises. He hopes to promote the idea of a bride coming in for a special preparatory day just for herself.

After speaking with Itebete and Evans, I was eager to stretch out and enjoy my Swedish massage. My therapist, Maria Macharia, fetched me from Evans’ office and led me to the larger locker room. She handed me a terry cloth robe, towel and sandals, and instructed me to enjoy the sauna for 15 minutes. Inside, I met a lovely grandmother who was savoring a sit before fetching her brood from a nearby school.

My sauna session finished, I took some filtered water, donned my robe and sandals, and followed my therapist to a treatment room. Thin, gauzy curtains let in diffused city light, and the heated bed was perfectly comfortable—not too warm as I had feared. (In my experience, the definition of “cold” differs near the Equator!) Lulled by the lavender oil and Macharia’s firm, confident strokes, I could feel my trip-induced stress diminish. My adventure to Nairobi had involved about 24 hours of travel. Plus, my stubborn refusal to hire a taxi and haul my heavy bags instead had led to serious muscular tension in need of easing.

At the end of my treatment, Macharia led me back to the locker room where I relished an overhead rain shower, all the while knowing that soon I would be traveling to places in East Africa where cold-water bucket baths are the norm.

For travelers, who comprise about 30% of The Boma’s visitors, services at Zoezi can serve as a soothing end to a rough-and-tumble safari, or a calming addition to a business trip. And as for the 70% of The Boma’s guests who live nearby in Nairobi, the spa staff is charged with a deceptively simple challenge: to convince them to spend their hard-earned money on self-care. These residents may not know that they need moments of escape from the city’s buzz, but whoever visits the area can see that if anyone needs a respite from traffic, congestion and hassle, Nairobians do. Fortunately for them—and for the people aided by the Kenyan Red Cross—Zoezi spa is there to help. 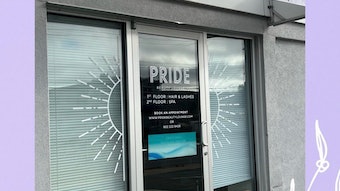 How to Make Your Spa More 2SLGBTQ2+ Inclusive

Adjusting spa treatments that are typically hyper-gendered to be gender-neutral and offering more mental health support are some ways that spas and salons can become more inclusive.
Jan 30th, 2023 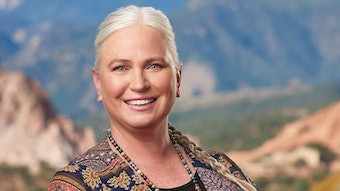 WellSpa 360 spoke to Tania McCorkle, director of wellness at Strata Integrated Wellness Spa at Garden of the Gods Resort & Club in Colorado Springs, about her journey through the spa industry and her experiences playing Netball growing up in South Africa.
Jan 30th, 2023 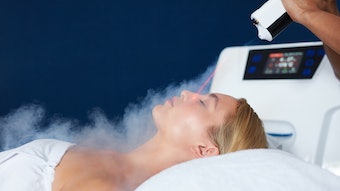 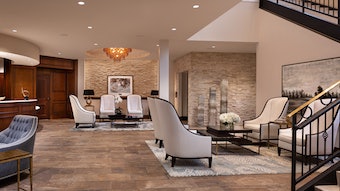 In her position, she will supervise the daily operations of the spa and salon to ensure that guests and members receive personalized experiences during each visit.
Jan 27th, 2023 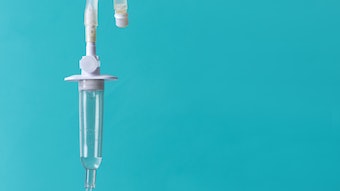 Over the last 12 months, the brand opened 26 franchise locations, raising their total number of operating spas to 40.
Jan 27th, 2023 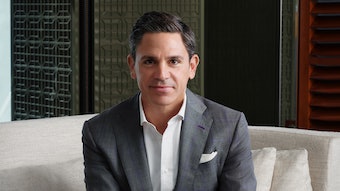 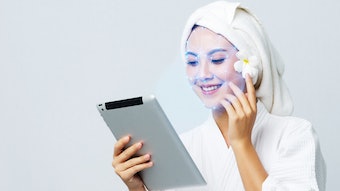 Virtual reality gives spa-goers access to guidance, classes and experiences from expert spa practitioners. Here are some other interesting areas where VR, AI and the metaverse intersects with the wellness industry.
Jan 24th, 2023 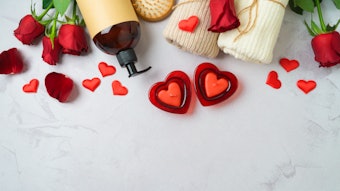 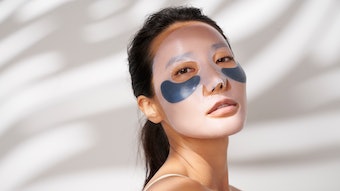 The luxury spa program provides treatments developed and put into practice by ESPA experts and utilize ESPA and 111Skin products, with the aim to offer guests with a holistic wellness experience.
Jan 23rd, 2023 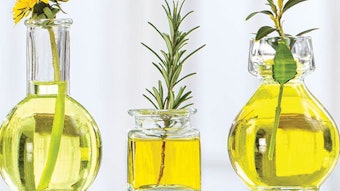 There are now avenues to integrate active levels of terpenes in ways that have deeper, more meaningful benefits beyond sensory experience.
Jan 20th, 2023 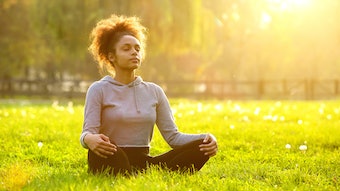 How to Implement Biophilia Exercise into Spa Spaces

The biophilia exercise trend is set to boom in 2023, and spas can use that opportunity to show off the property's surroundings and outdoor wellness programs.
Jan 19th, 2023
Follow Us
Most Recent

Success of Prevention Disinfectants Results in the Discontinuation of Rejuvenate Brand